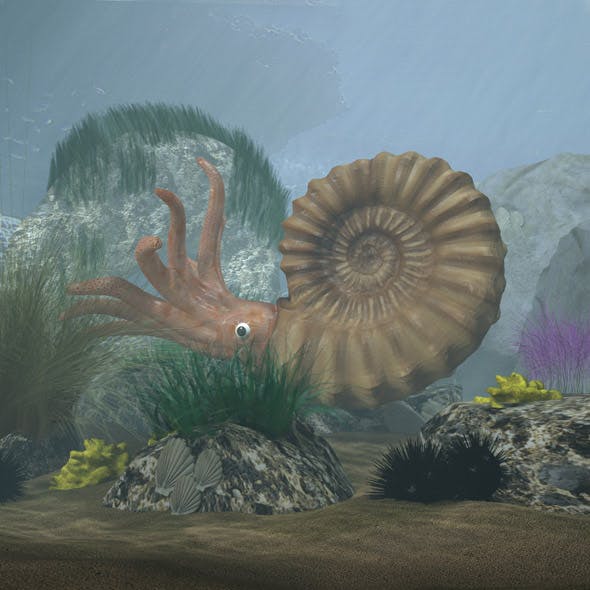 Ammonites were marine cephalopod molluscs.they first appeared in the early Devonian period. Their widely-known fossils show a ribbed spiral-form shell, in the end compartment of which lived the tentacled animal. These creatures lived in the seas from at least 400 to 65 million years ago. They became extinct at the same time than dinosaur. Their nearest living relatives are the octopus, squid, cuttlefish and Nautilus.

IN 3D STUDIO MAX VERSION ONLY

All object displayed in underwater scene are present into 3ds Max archive (rock, sand floor, shell, urchins etc..) algae are made with hair and fur modifier

The topology is clean, mainly quad and suitable for all use (animation, presentation game…)

Textures are hand made

The topology is very clean, mainly quad. the model is UVW Mapped and UNWRAPPED – The UNWRAPPED map is included into each archive textures are large enought for close view (4000×4000)

View Portfolio
0 Sales
1 Comment
Item Rating:   Minimum of 3 votes required
This item may not be property released.
© All Rights Reserved supercigale
Contact the Envato Market Help Team
Quick Links Explore popular categories
by
by
by
by
by
by