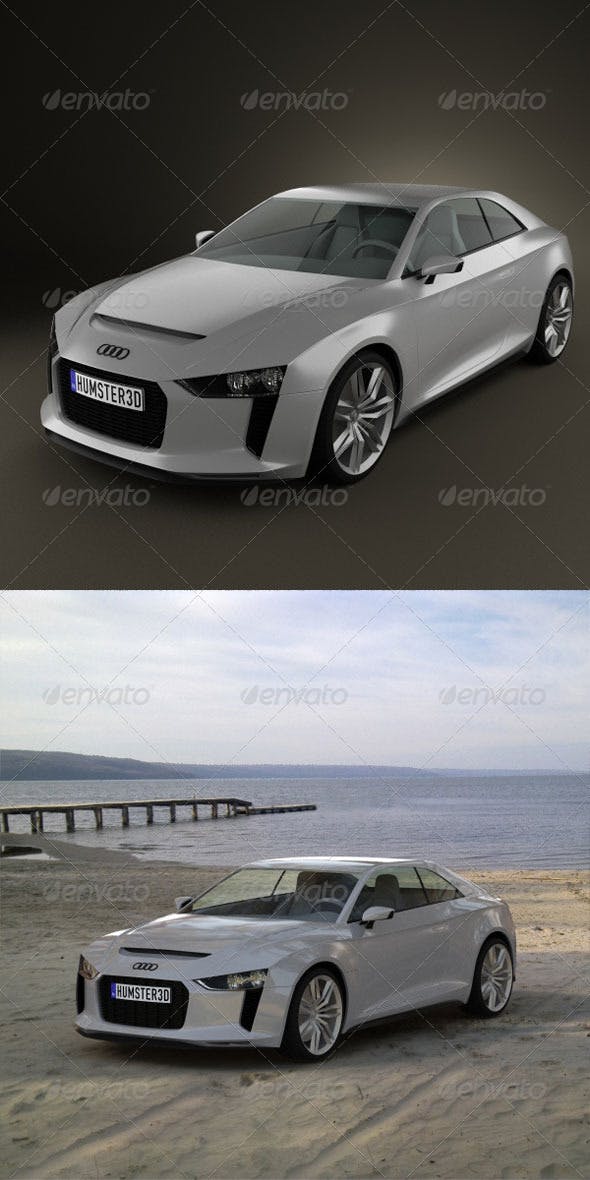 In celebration of the 30th anniversary of the debut of the quattro, Audi is presenting a show car at the 2010 Paris Motor Show that moves a futuristic interpretation of this concept into the fast lane: the Audi quattro Concept, a thoroughbred driving machine with 408 hp, five-cylinder turbocharged engine, a lightweight body and – of course – the latest generation of quattro permanent all-wheel drive.

The 1980 Geneva Motor Show saw the debut of an automobile, whose name went on to become more than just a symbol for a long line of success by the manufacturer. The quattro from Audi is also the gold standard for the combination of winning motor sport qualities with the utmost in everyday practicality.

The very first glimpse of the new Col de Turini White show car awakens memories of another legendary ancestor: the 1984 Sport quattro, a 306 hp evolutionary stage of the Audi quattro Coupé with a shortened wheelbase. In fact, the Audi quattro Concept also represents the systematic further development of a production coupé using high-performance technology. The foundation is provided by the powerful Audi RS5, one of the brand’s sportiest production vehicles ever.

Please, visit the model page on our website if you need any additional services.

The Audi development engineers shortened the wheelbase by 150 millimeters (5.91 in) and lowered the roofline by around 40 millimeters (1.57 in) compared to the four-seat coupé on which it is based. Like its predecessor from 1984, the 2010 show car is now also a two-seater. The heavily modified body is made primarily of aluminum, with the hood, the rear hatch and other components made of carbon.

View Portfolio
0 Sales
0 Comments
Item Rating:   Minimum of 3 votes required
This item may not be property released.
© All Rights Reserved humster3d
Contact the Envato Market Help Team
Quick Links Explore popular categories
by
by
by
by
by
by