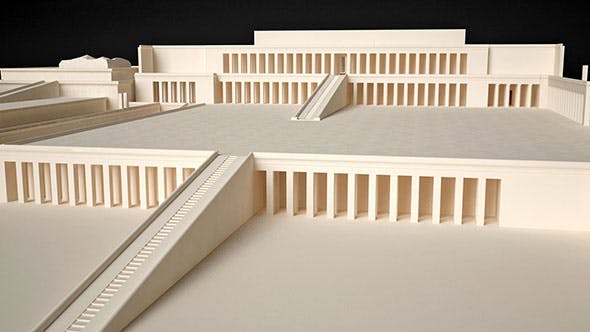 The Mortuary Temple of Hatshepsut, also known as the Djeser-Djeseru (Holy of Holies), is an ancient funerary shrine in Upper Egypt. Built for the Eighteenth dynasty Pharaoh Hatshepsut, it is located beneath the cliffs at Deir el Bahari, on the west bank of the Nile near the Valley of the Kings. The mortuary temple is dedicated to the sun deity Amun and is situated next to the mortuary temple of Mentuhotep II, which served both as an inspiration, and later, a quarry. It is considered one of the “incomparable monuments of ancient Egypt.

The Polish Academy of Sciences in Warsaw is responsible for the study and restoration of the three levels of the temple. As of early 1995, the first two levels were almost complete, and the top level was still under reconstruction.

View Portfolio
0 Sales
0 Comments
Item Rating:   Minimum of 3 votes required
This item may not be property released.
© All Rights Reserved maxegy
Contact the Envato Market Help Team
by
by
by
by
by
by