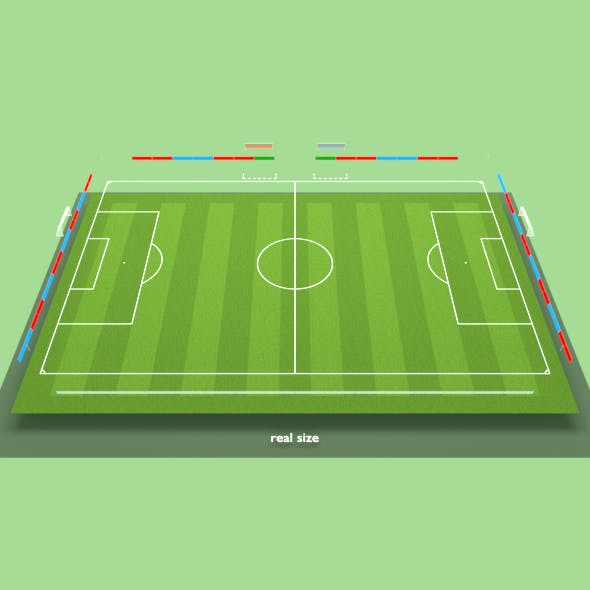 The file contains football/soccer field, markup, gates, shelters for the bench, chairs, billboard. All elements are separated. The football field and football markings/markup have real dimensions (indicated in the picture). This project is presented in the following formats: .blend (cycles), .blend (render), .3ds, .fbx, .obj, which include colored materials and textures. Textures in the archive.

Lights and cameras are included in the file. All elements of objects are logically named.

View Portfolio
0 Sales
0 Comments
Item Rating:   Minimum of 3 votes required
This item may not be property released.
© All Rights Reserved NeptunStar
Contact the Envato Market Help Team
by
by
by
by
by
by