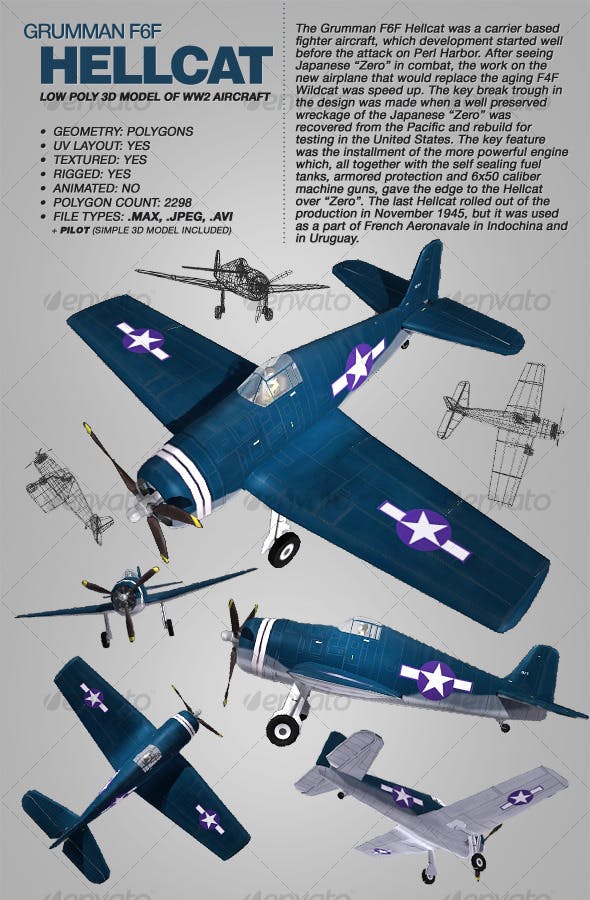 The Grumman F6F Hellcat was a carrier based fighter aircraft, which development started well before the attack on Perl Harbor. After seeing Japanese “Zero” in combat, the work on the new airplane that would replace the aging F4F Wildcat was speed up. The key break trough in the design was made when a well preserved wreckage of the Japanese “Zero” was recovered from the Pacific and rebuild for testing in the United States. The key feature was the installment of the more powerful engine which, all together with the self sealing fuel tanks, armored protection and 6×50 caliber machine guns, gave the edge to the Hellcat over “Zero”. The last Hellcat rolled out of the production in November 1945, but it was used as a part of French Aeronavale in Indochina and in Uruguay.

Other graphic & PSD files: me [nykk]

View Portfolio
2 Sales
0 Comments
Item Rating:   Minimum of 3 votes required
This item may not be property released.
© All Rights Reserved djnick
Contact the Envato Market Help Team
Quick Links Explore popular categories
by
by
by
by
by
by