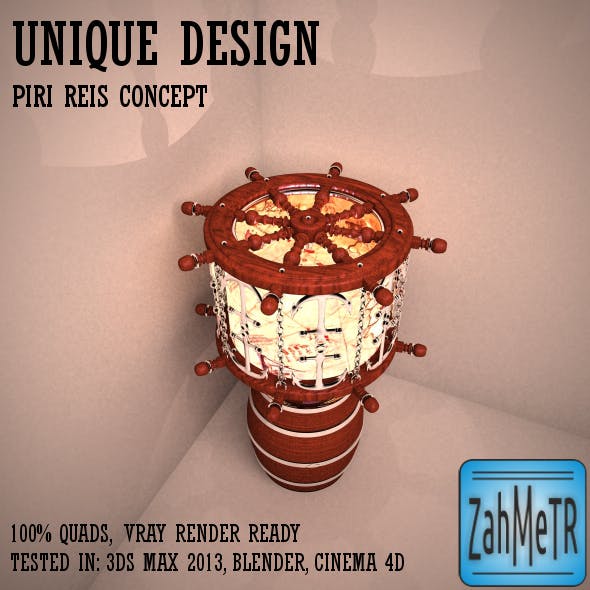 All questions about my models will be answered lightning fast. Please E-mail through my profile page: http://3docean.net/user/zahmetr

Dont worry about mesh smooth, turbosmooth, or subdivide: The model tested in 3ds studio max and blender. Works great. Just pick a file format or import obj file and enjoy. Marine Lampshade Piri Reis Concept can be use in any interior visualisations, game, advertising, film, animation or etc. All suggestions are welcome. If you want any model like this just ask me. Will be happy to create and serve you and all envators.