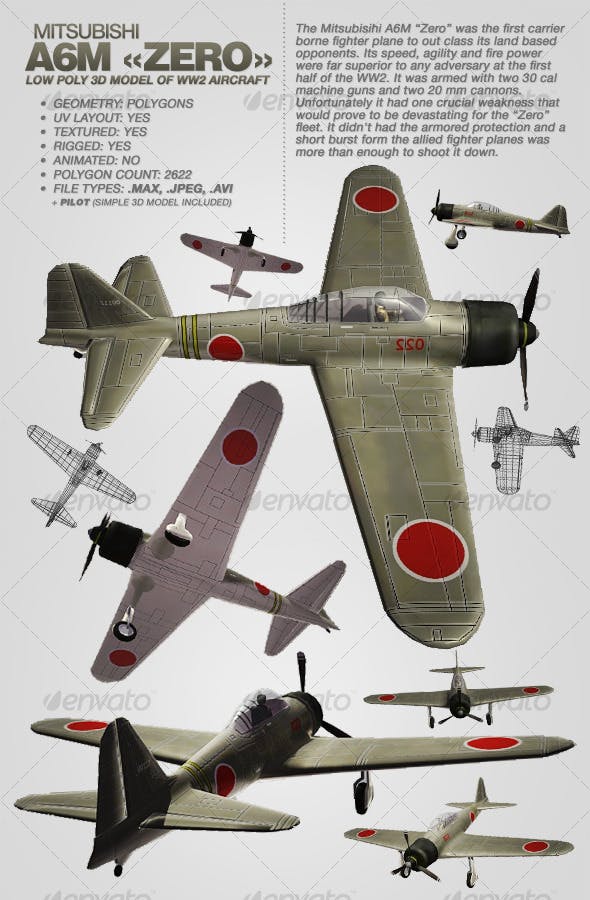 The Mitsubishi A6M “Zero” was the first carrier borne fighter plane to out class its land based opponents. Its speed, agility and fire power were far superior to any adversary at the first half of the WW2. It was armed with two 30 cal machine guns and two 20 mm cannons. Unfortunately it had one crucial weakness that would prove to be devastating for the “Zero” fleet. It didn’t had the armored protection and a short burst form the allied fighter planes was more than enough to shoot it down.

Note: For rigging the landing gears, use reaction manager for gear protraction/retraction animation.

View Portfolio
2 Sales
0 Comments
Item Rating:   Minimum of 3 votes required
This item may not be property released.
© All Rights Reserved djnick
Contact the Envato Market Help Team
Quick Links Explore popular categories
by
by
by
by
by
by