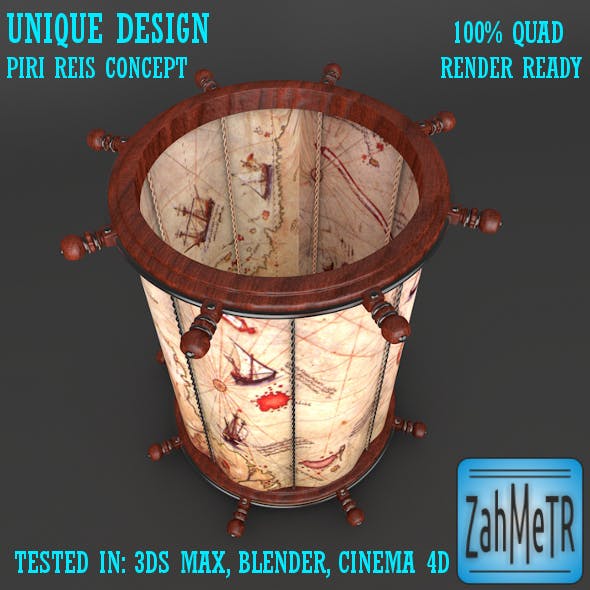 Dont worry about mesh smooth, turbosmooth, or subdivide: The model tested in 3ds studio max and blender. Works great. Just pick a file format or import obj file and enjoy. Penholder Concept Piri Reis 3d model can be use in any office interior visualisations windows, shopping malls,commercial streets, game, advertising, film, animation or etc. All suggestions are welcome. If you want any model like this just ask me. Will be happy to create and serve you and all envators.

View Portfolio
This item may not be property released.
More Attributes Fewer Attributes
© All Rights Reserved zahmetr
Contact the Envato Market Help Team
by
by
by
by
by
by