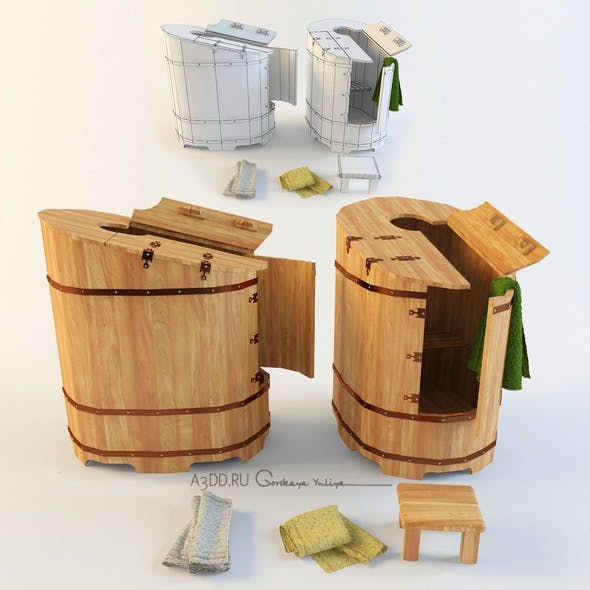 Fitococcus is usually similar in appearance to an ordinary wooden barrel. Inside it there is a shop, on which a man sits [5]. The phyto barrel has two opening doors (side and top); the top cover of the barrel is provided with a cutout for the head.

The barrel is equipped with a system for supplying steam from a specialized steam generator [6]. The steam supplied under pressure is saturated with herbal preparations 1 (hence the prefix “phyto-” in the name of the phyto-bacterium). For the phyto barrel, mixtures of dry and crushed herbs are used, which are immersed in a specially installed container for them in the steam generator [8].

A distinctive feature of phytoids is that only a part of the body below the neck is exposed to the effect of steam 3. Since the head is located outside the barrel, the air receives a full-fledged atmospheric air [1] (if desired, inhalation is also possible with vapors coming out of the barrel).

As a rule, the temperature regime is 42-45 degrees and the time spent in the phyto barrel is 10-15 minutes.

View Portfolio
0 Sales
0 Comments
Item Rating:   Minimum of 3 votes required
This item may not be property released.
© All Rights Reserved Lvitsa
Contact the Envato Market Help Team
Quick Links Explore popular categories
by
by
by
by
by
by