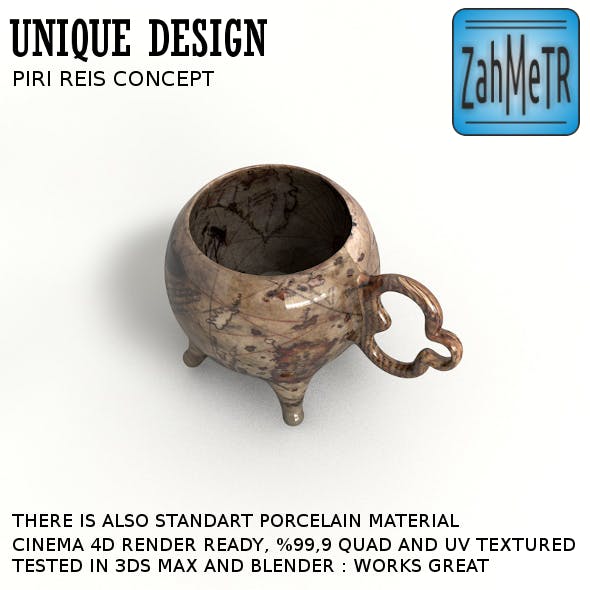 I designed, modelled, created this model for a design competition about Piri Reis.

Piri Reis Concept Huge Coffee Mug Cup 3d model has only ” 912 ” polygons (non smooth) and 99,9% quad modelled in cinema 4d. All items are named sperated and easy to find. Worked on Uv map vertex by vertex. Check preview images and video preview. Cinema 4d materials – scene render ready. So you will get this same what you see on preview image.

Coffee Mugs can be use in any interior visualisations, game, advertising, film, animation or etc. All suggestions are welcome. If you want any model like this just ask me. Will be happy to create and serve you and all envators.