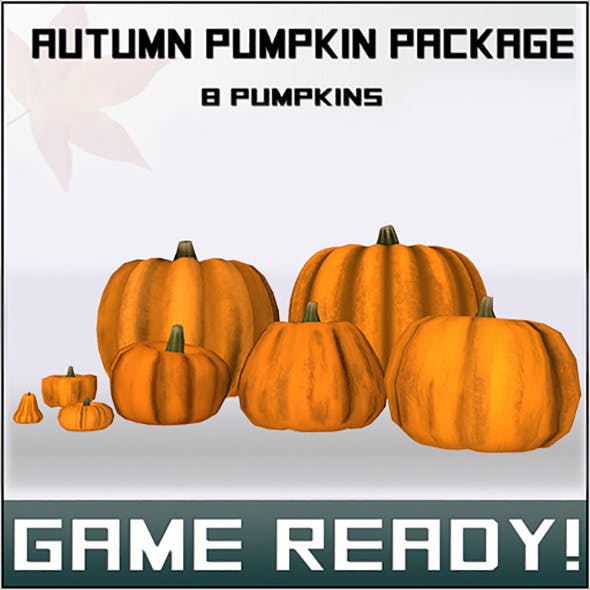 These pumpkins have been imported into Unity and UDK to test game-ready stability and has earned the Aethereal Studios Game ready stamp of approval.

The Autumn Pumpkin Package is optimized for both games and animation, it sports a clean utilization of polygons. The geometry is evenly spaced and can easily be imported into a sculpting program if desired.

Each Autumn Pumpkin sports a non-overlayed 1024×1024 texturemap with cleanly layed out UVWs and capable of being shadow-mapped if needed with no additional steps.

View Portfolio
This item may not be property released.
More Attributes Fewer Attributes
© All Rights Reserved Aetherealstudios
Contact the Envato Market Help Team
by
by
by
by
by
by