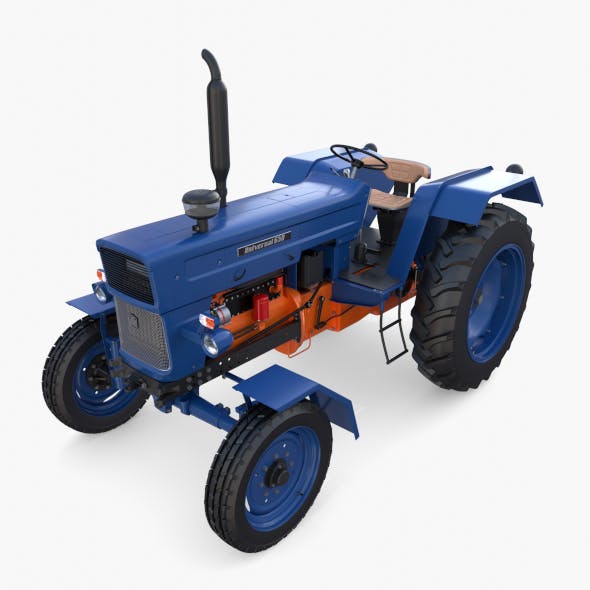 Highly detailed Tractor 3d model rendered with Cycles in Blender, as per seen on attached images.

The model is very intricately built, it has the transmission and engine, with cooling for oil and water, injection pump, fuel lines, compressed air circuit, electric circuit modeled. Some of these elements cannot be seen on the main renders, so I have also rendered the chassis in order to showcase them.

The models come with one png texture.