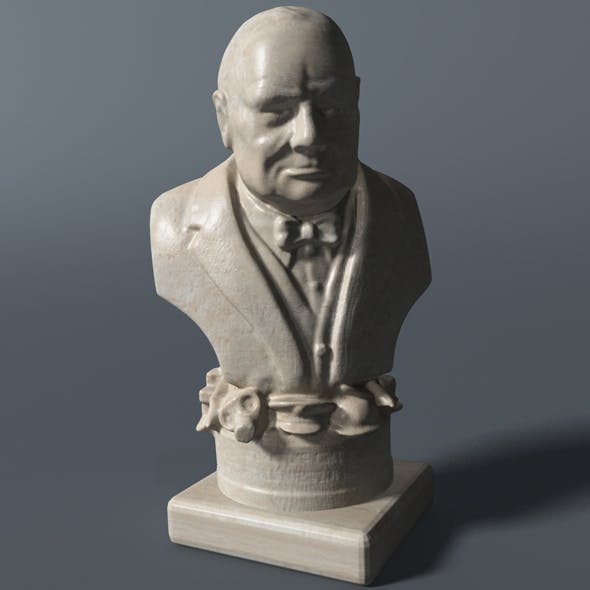 Sir Winston Leonard Spencer-Churchill (30 November 1874 – 24 January 1965) was a British statesman who was the Prime Minister of the United Kingdom from 1940 to 1945 and again from 1951 to 1955. Churchill was also an officer in the British Army, a non-academic historian, and a writer (as Winston S. Churchill). He won the Nobel Prize in Literature in 1953 for his overall, lifetime body of work. In 1963, he was the first of only eight people to be made an honorary citizen of the United States. He then briefly resumed active army service on the Western Front as commander of the 6th Battalion of the Royal Scots Fusiliers. He returned to government under Lloyd George as Minister of Munitions, Secretary of State for War, Secretary of State for Air, then Secretary of State for the Colonies. After two years out of Parliament, he served as Chancellor of the Exchequer in Baldwin’s Conservative government of 1924–1929, controversially returning the pound sterling in 1925 to the gold standard at its pre-war parity, a move widely seen as creating deflationary pressure on the UK economy.