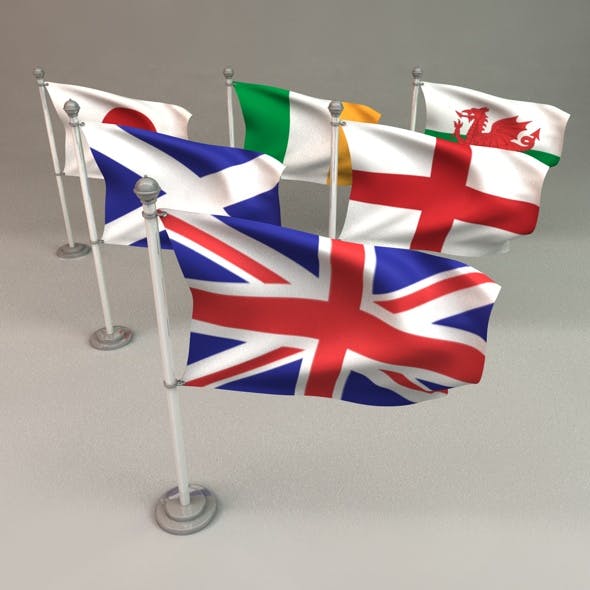 This is a collection of 3D Flags of the world. Each flag is a separate model and easily customisable with your own flag graphic. The flags were created by using the Cloth tag and Wind force.

I used some of the most common flags and flags of the countries the top authors live in here on 3D Ocean.

If there is a flag that you would like that is not in the collection then please leave a comment and when I’ve received more than 10 requests I will do an update with the additional flags.

View Portfolio
This item may not be property released.
More Attributes Fewer Attributes
© All Rights Reserved ChristineWilde
Contact the Envato Market Help Team
by
by
by
by
by
by