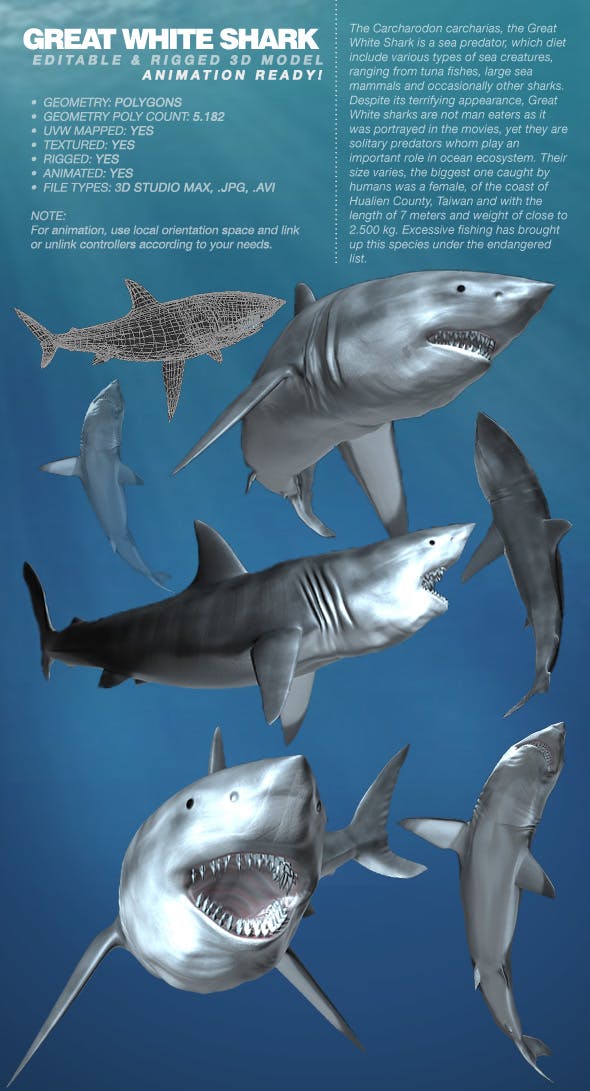 The Carcharodon carcharias, the Great White Shark is a sea predator, which diet include various types of sea creatures, ranging from tuna fishes, large sea mammals and occasionally other sharks. Despite its terrifying appearance, Great White sharks are not man eaters as it was portrayed in the movies, yet they are solitary predators whom play an important role in ocean ecosystem. Their size varies, the biggest one caught by humans was a female, of the coast of Hualien County, Taiwan and with the length of 7 meters and weight of close to 2.500 kg. Excessive fishing has brought up this species under the endangered list.

Note: For animation, use local orientation space and link or unlink controllers according to your needs.

View Portfolio
This item may not be property released.
More Attributes Fewer Attributes
© All Rights Reserved djnick
Contact the Envato Market Help Team
by
by
by
by
by
by